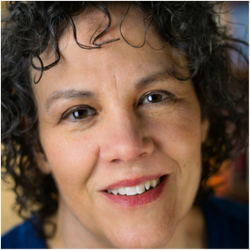 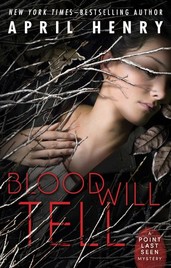 When a woman’s body is found in a Portland park, suspicion falls on an awkward kid who lives only a few blocks feet away, a teen who collects knives, loves first-person shooter video games, and obsessively doodles violent scenes in his school notebooks. Nick Walker goes from being a member of Portland’s Search and Rescue team to the prime suspect in a murder, his very interest in SAR seen as proof of his fascination with violence. Then Nick's DNA turns up on the victim. How is this even possible? And can his SAR friends Alexis Frost and Ruby McClure find a way to help clear his name before its too late? 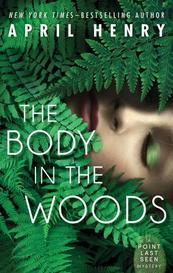 Alexis, Nick, and Ruby have very different backgrounds: Alexis has spent her life covering for her mom’s mental illness, Nick’s bravado hides his fear of not being good enough, and Ruby just wants to pursue her eccentric interests in a world that doesn’t understand her. When the three teens join Portland County Sheriff’s Search and Rescue, they are teamed up to search for a autistic man lost in the woods. What they find instead is a dead body. In a friendship that will be forged in danger, fear and courage, the three team up to find the girl’s killer—before he can strike one of their own. 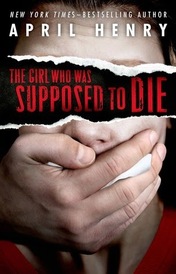 “Take her out back and finish her off.”

She doesn’t know who she is. She doesn’t know where she is, or why. All she knows when she comes to in a ransacked cabin is that there are two men arguing over whether or not to kill her. And that she must run. This nail-biting thriller involves murder, identity theft, and biological warfare. Follow Cady and Ty (her accidental savior turned companion), as they race against the clock to stay alive. 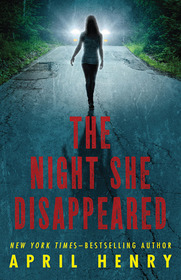 Gabie drives a Mini Cooper. She also works part time as a delivery girl at Pete's Pizza. One night, Kayla-another delivery girl-goes missing. To her horror, Gabie learns that the supposed kidnapper had asked if the girl in the Mini Cooper was working that night. Gabie can't move beyond the fact that Kayla's fate was really meant for her, and she becomes obsessed with finding Kayla. She teams up with Drew, who also works at Pete's. Together, they set out to prove that Kayla isn't dead-and to find her before she is. 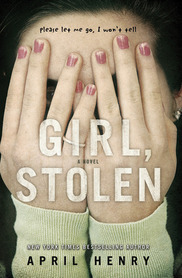 Sixteen-year-old Cheyenne Wilder is asleep in the back of her mom's car when it's stolen from the pharmacy parking lot. Cheyenne is not only sick with pneumonia—she's also blind. Griffin, the teenager who was stealing packages out of parked cars, hadn't meant to kidnap her; he just impulsively stole the car with her in it. But once Griffin's dad finds out that Cheyenne's father is the president of Nike, everything changes—now there's a reason to keep her. Will Cheyenne be able to survive this harrowing ordeal and escape? And if so, at what price?

Cassie Streng, 16, learns that her psychiatrist stepfather, Rick, prescribed an experimental drug for his teenage patients, three of whom have committed suicide. Before she can report him, she is grabbed by two men, handcuffed, locked in the back of a van, and taken to Peaceful Cove, a facility for troubled teens in Mexico. Rick has assured her mother that the place is an excellent boarding school–he maintains that he found crystal meth in Cassie's room–but she soon discovers the truth. She is trapped in a brutal prison camp, and she must make her way back to Oregon and convince someone of the danger Rick represents before anyone else dies.